The administrations of every single province in the Ottoman Empire differed in their features, which allowed the large, contiguous empire that was home to people of various origins and religions to sustain itself for centuries
25.08.2017

The administrations of every single province in the Ottoman Empire differed in their features, which allowed the large, contiguous empire that was home to people of various origins and religions to sustain itself for centuries 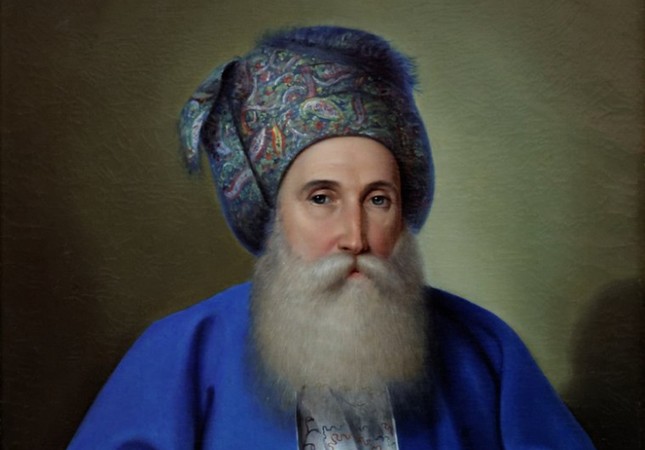 The Ottoman Empire was a centralist empire like its peers in the Middle Ages. An empire can be described as a community of states consisting of people with different origins, religions and sects or of various small states gathered around a monarch.

In empires, centralism is not a strictly followed policy. However, comparing an empire to a federal state is also not apt. In an age where human and animal power was used for transportation and communication, empires consisted of financially autonomous agents with few unspecialized bureaucratic staff.

This system was constructed on the strict contact between administrative, financial and military agents. Hence, income from the territories, which was gained through war and so passed into the hands of the empire, was collected by officers called "sipahi" (cavalrymen) who served under the governor. This income was used to feed the soldiers of the empire.

The Ottoman Empire also had provinces, which were governed on their own, separately from the administrative hierarchy. By accepting Ottoman patronage, these provinces were autonomous in their internal affairs to an extent. They paid a specific tax to the center and also sent troops for military campaigns. These provinces were called "mumtaz eyalat" (privileged provinces).

Following their conquest, the Ottoman Empire bestowed some states with autonomy due to a set of political, historical, financial, religious and social reasons. The Ottomans, however, preferred leaving the former dynasties in charge in most of these states. Dubrovnik, which accepted Ottoman patronage in the 14th century, was the first autonomous province of the Ottoman Empire.

In some of these provinces, there were nearly no Muslim communities. As the empire's small population was taken into consideration, it was clear that it was impossible to construct new settlements in these territories. Partly because of this, the empire granted privileges to these provinces.

Not all the same

The administrative features of the autonomous provinces were not the same due to historical and political reasons. Some of these provinces, such as Moldavia and Wallachia, were ruled similar to ordinary Ottoman provinces and their administrators were appointed by the center, while others, such as Dubrovnik, had quite weak connections to the center and decided on their administration themselves.

In some provinces like Crimea, administrators were descended from a specific dynasty. Although some of these provinces selected their ruler autonomously, the appointment of administrators was confirmed by Constantinople. All of them had to pay tax to the center and send troops for war.

Territories such as Bohemia, Poland, Moscow, Oman, Aceh, Kashgar, Gujarat, Morocco and Bornu were not in the empire. All the relationships with these states were conducted within the frame of political and military alliances.

In the Byzantine Empire, the early periods of the Ottoman Empire and during the Rumelia expeditions Serbia, Bosnia, Herzegovina, Montenegro and Bulgaria sent tax and soldiers to the Ottoman Empire. After a short while, all of them were annexed into the empire as ordinary provinces.

As the Ottoman Empire started to lose power, some autonomous provinces such as Crimea and Aerdeal broke away. Since the time of Sultan Mahmud II, who had to deal with fortifying the central administration and protecting the remaining provinces, the autonomous status of some provinces such as Kurdistan was abolished. These provinces were turned into ordinary provinces, and the status of others such as Romania, Libya and Hejaz were narrowed. 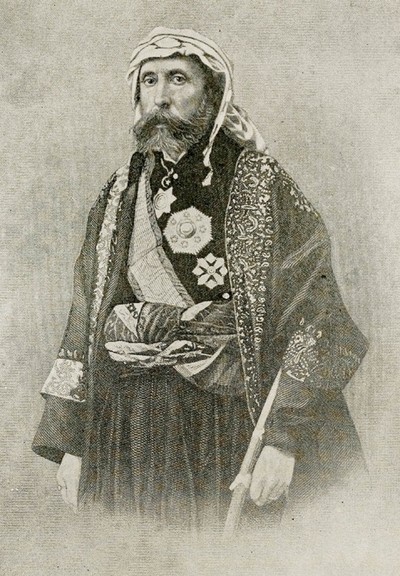 Davut Pasha, of Armenian descent, was the governor of Lebanon in the 19th century.

Decentralization allowed for easier administration for the empire, which was spread across a large area with societies with different origins and religions. Autonomous provinces continued their subordination to the center for a long time due to this method.