WAS THERE NO SCIENCE EDUCATION IN OTTOMAN MADRASAS?

There are some historical figures such as Kâtip Çelebi, Evliya Çelebi, Ahmed Cevdet Pasha, Koçi Bey, whose views on various issues were accepted as an undisputed law, probably thanks to their popular charisma. After that, the opinion on that subject was always built on this acceptance. The stagnation and disintegration of the Ottoman Empire has been tried to be explained in this context.

The famous Ottoman bureaucrat and bibliographer Kâtip Çelebi, in his book Mizan al-haqq fi ikhtiyar al-haqq, stated that the theology courses, such as Hashiyat al-Tajrid and Sharh al-Mawaqif (the books by Al-Sharif al-Jurjani), ordered by Sultan Mehmed the Conqueror to be taught in the madrasas he founded, were abolished as "philosophy" by those who came after. He also stated that fiqh courses such as Al-'Inayah Sharh al-Hidayah (the book by Akmal al-Din al-Babarti) and Al-Hidayah (the book by Burhan al-Din al-Marghinani) were put in place of them. As if fiqh (Islamic jurisprudence) had nothing to do with geometry and logic.

Afterwards, he stated, "As these courses were not sufficient enough, neither philosophy nor fiqh left". He claimed that in the Ottoman Empire, the science was stagnating and there was no one left to teach scientific disciplines. Then he told an exemplary story of a mufti (a Muslim legal expert) and a qadi (Muslim judge) who knew handasa (algebra and geometry) and a mufti and a qadi who did not. Tashkubri'zadah Ahmad ibn Mustafa also repeated similar claims by complaining that in the 1540s, scholastic theology and mathematics had lost their former reputation among the madrasa scholars and that the level of science had fallen behind. 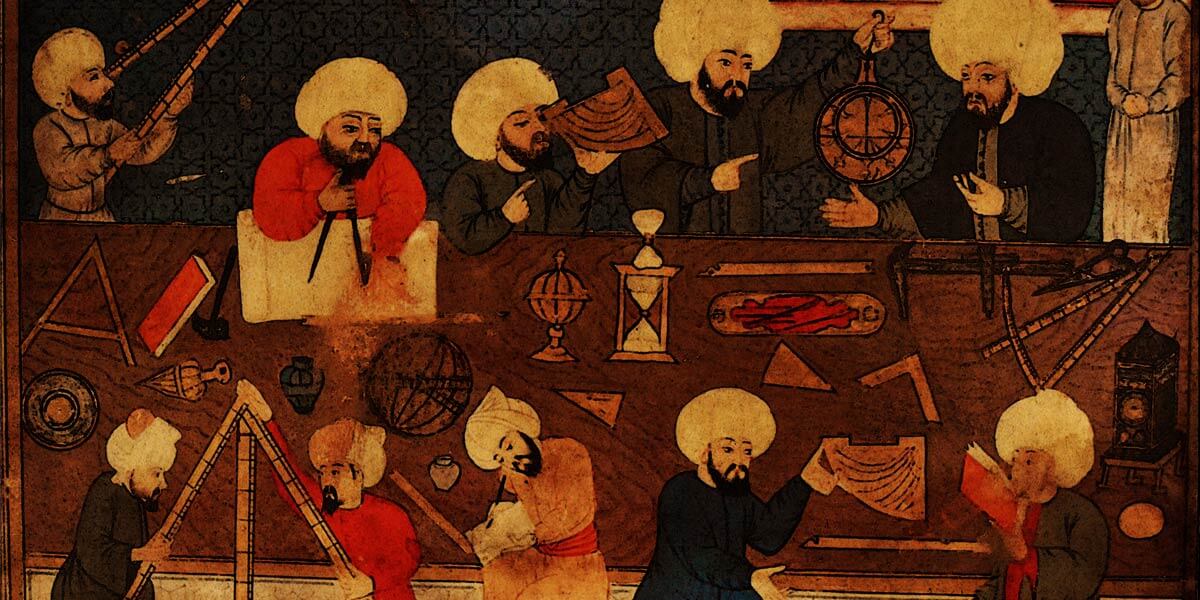 Without questioning the historical philosophy and methodology, many writers, including Turkish historian İsmail Hakkı Uzunçarşılı, accepted these claims of Katip Çelebi, which did not reflect the truth and placed them on the basis of a paradigm, that is, " Positive sciences were abolished in Ottoman madrasas and replaced by religious sciences instead. For this reason, madrasas were fell behind!"

A famous educator, historian, archivist and thinker like Muallim Cevdet, the author of "Mekteb ve Medrese" (The School and the Madrasa), opposed this. Abdulhak Adnan Adıvar, the author of "Les Siciences Chez le Turcs Ottomans" (Science Among the Ottoman Turks), was of the same opinion. Recently, Turkish academicians such as Cevat İzgi, Yaşar Sarıkaya, Osman Kafadar, Ali Bakkal, Şükran Fazlıoğlu have published similar books on this subject.

Cliché expressions such as decrease or increase have a relative value, that is, they are subjective words that vary from person to person. Unless we have mathematical values ​​and statistical data, these cannot be more than claims. In every era, there was almost no scholar who did not complain about the level of knowledge or laxity of his students.

As can be understood from his writings, Katip Çelebi considered the science of kalam (Islamic theology), which is actually one of the positive sciences, as philosophy and also considered sciences such as mathematics and astronomy to be included in philosophy. Katip Çelebi said that the demand for these sciences had decreased, and that the sheikh al-Islam forbade them to be taught. But for some reason, he refrained from giving the name of the sheikh al-Islam, who forbade them.

No fatwa has ever been found regarding this. For some reason, an imaginary fatwa has always been mentioned for accusing the ulama (Muslim scholars) and religion. The claims such as "The observatory was destroyed by a fatwa!" and "Printing was prohibited by a fatwa!” are far from the truth and for some reason, no one has been able to find such fatwas. If they existed, they had already been found long ago.

However, in the same book, Kâtip Çelebi himself mentioned science courses among the courses he attended in the 17th century. The Battle of Preveza, which took place during the period when scientific courses claimed to become obsolete by Katip Çelebi, was won against a three times stronger enemy, as the range of the Ottoman artillery was greater than the range of the enemy artillery.

It is quite understandable that the ulama have not accepted or even have opposed an intellectual structure that tries to solve theology with reason alone by leaving the religious tradition aside and often leading to materialism. The same is true not only of Muslim scholars but also of other monotheistic religions. Despite this, Muallim Cevdet said that there was no hesitation in teaching philosophy in madrasas. Because having knowledge of the opposing view is essential. 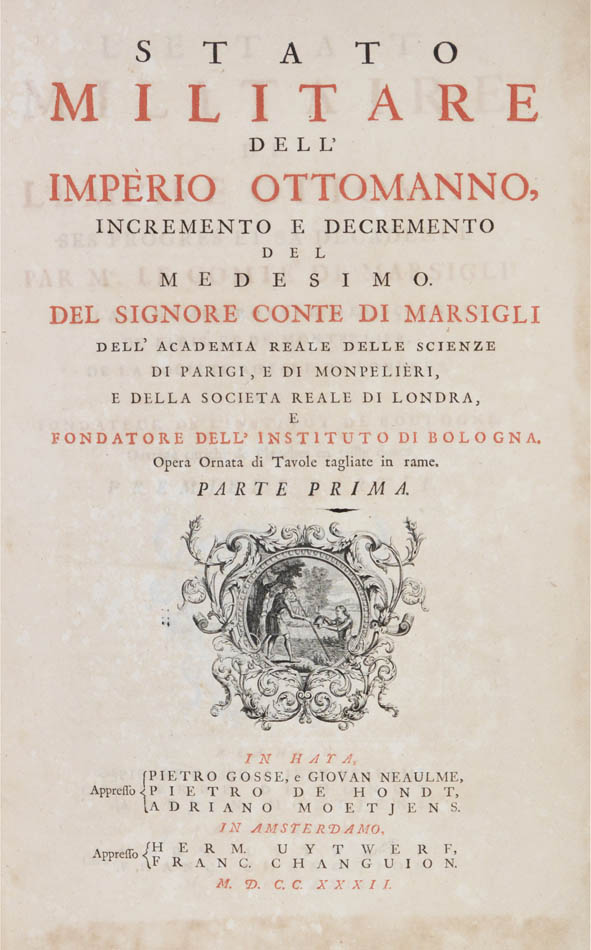 Until the abolition of madrasas in the Turkish republican period, kalam, logic and philosophy, as well as science courses were taught in madrasas. In the work called Kevakib-i Seb'a, which was prepared in 1741 at the request of the French government, the teaching methods in the madrasas, the rationale of education and the textbooks taught here were listed. In this work, which was published in new Turkish Latin letters, it can be seen that philosophy, logic, astronomy, mathematics and geometry were taught in madrasas.

122 years after Katip Çelebi (1679), the Italian nobleman Count Luigi Ferdinando Marsigli, who lived in Istanbul for 1 year, explained in his work "Stato Militare dell'Imperio Ottomano" that madrasa students gained the skill of writing in prose and verse after religious education and then they learned history, logic, philosophy and medicine thoroughly.

Italian priest and litterateur Giambattista Toderini (1728-1799), who was in Istanbul between 1781-1786, published a 3-volume work on Ottoman literature called "Letteratura Turchesca" in 1787. In this work, he talked about the science courses taught in Ottoman madrasas in detail and with admiration.

When the ijazetnames (diplomas) and student lists of most of the scholars who lived from Kâtip Çelebi to the republican period are examined, it can be seen that theology, logic and philosophy courses are also taught in addition to religion courses. As it can be understood from the autobiographical works that describe the life stories of scholars in the Ottomans, science courses were taught in the madrasas even long after Katip Çelebi.

It is true that the number of students who preferred science courses in madrasas in the 19th century was not high. This was the natural outcome of the education policy of the Tanzimat (Reorganization) period. Because the Ottoman government, trying to bridge the gap with Europe, established new schools to train the technical staff (such as diplomats, bureaucrats, judges, soldiers, engineers, doctors, veterinarians, teachers) needed within the framework of the reform movements.

Under these circumstances, the madrasas were naturally confined to the religious sciences. The student who graduated from the madrasas was assigned a job in a wide range of professions ranging from imam and primary school teacher to professor, qadi and mufti, depending on the class he came from. In addition, the positivists, who did not consider the science knowledge of madrasa graduates to be sufficient, used this as a material in their anti-religious propaganda. 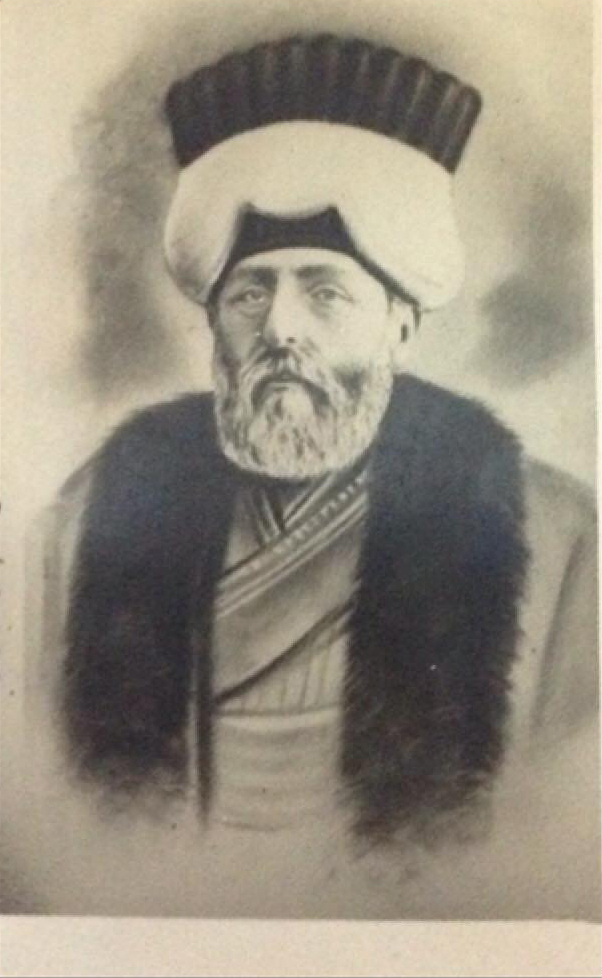 The systematic transfer of science to technology in the modern sense took place at the beginning of the 19th century. In fact, contrary to popular belief, the Ottomans were making technological contributions as well as keeping up with the technological advances in the world. For example, the rocket technology book "Mémoire sur un nouveau système de confection des fusées de guerre" published by Emin Pasha in French in 1840 is still unknown to most people.

It has been revealed in recent studies that especially the books and treatises on logic written by İsmail Gelenbevî (d. 1791) are superior to those in his time so much so that, he wrote a logarithm scholium in a very short time and the French ambassador said with great admiration that "If we had it, it would be worth its weight in gold".

Mühendishane (Imperial School of Military Engineering) was established during the reign of Sultan Mustafa III and later renamed Istanbul Technical University. The mathematics teacher of this university, the famous Chief of Mathematics, İshak Efendi, knew a large number of Western languages. He had invaluable works from astronomy to mechanics, from chemistry to surveying. He had many invaluable works ranging from astronomy and mechanics to chemistry and surveying. When he died in Suez on his return from Hajj (Muslim pilgrimage to Mecca) in 1836, his students had erected a representative tombstone in the school garden (now Fatih Sultan Mehmet University) in Halıcıoğlu. This stone was removed during One-party period of Türkiye.

Many scholars and their works are introduced in the bibliographic works on the history of Ottoman sciences, which were published by IRCICA. In these books, the names of 13,242 scientific and original works written in the Ottoman Empire in the fields of astronomy, mathematics, medicine and geography from the 14th century to the beginning of the 20th century are listed. The religious works written in the same period are not that many.

The Ottomans were aware of the latest scientific inventions of their time. However, demographic and economic impossibilities hindered demand for them. In other words, population and money were not enough. As a matter of fact, the saying, "Merit is subject to compliment. Without customers, goods go to waste" is famous. If there is no demand or people cannot demand any development of their time, the implementation will be limited and will not be widespread. When looking back, it will appear to be completely gone.

Why was this heritage not or could not be transferred to today's Türkiye? People who have traveled to Europe have seen educational institutions that were established hundreds of years ago and some of which are called Catholic universities. Although Europe experienced a serious reform movement, it kept its institutions alive. This ensured the continuity in the tradition of science. So, where are the Ottoman madrasas, whose origins date back to the 10th century, now? An important part of the staff of the new schools established in the last years of the Ottoman Empire were also provided from madrasas. With the closure of the madrasas in 1924, a thousand-year-old science tradition was erased. Scientists who could establish some contact with the past heritage in Türkiye were also expelled from universities in 1933 under the name of university reform.

Since the 9th century, the language of science in the East was Arabic. Hundreds of thousands of manuscripts available in libraries have only just begun to come to light. In that case, instead of making cliché statements or repeating them without questioning, it is necessary to steep oneself in science and cultural history.

In fact, since science and technology have completely occupied human life nowadays, almost everything is explained by making comparisons with these two. However, what makes a human a human is the ability to talk and think. A tool or weapon can be made quickly when needed. However, the analysis of a social issue cannot be done immediately or the serious legal problem cannot be solved easily. Because these require a very well-established scientific background.

For this reason, extensive studies were carried out on language, philosophy and law in the Ottoman scientific life. The greatest need of today's world is thinkers who will develop a deeper understanding of the issues at hand. If the existing scientific heritage could continue, Türkiye would perhaps be in a distinctive position, shedding light on the world in the fields of both law and philosophy. Because law and philosophy cannot develop without relying on a solid tradition.