THE SHARIA OF PROPHET JESUS

Due to the fact that there are only a few commandments and prohibitions in the Bible, some have argued that the Prophet Jesus (Peace be upon him) does not have a separate sharia (a body of fundamental religious law).
13.07.2022

Jesus was sent as a prophet at the beginning of Roman rule in present-day Palestine. It is stated in the The Noble Quran that a holy book called the Injil (the Bible) was sent down to him. The word Injil is Arabicized from the Greek Evangelion, meaning "gospel" or "the good news". Today christians believe that there is no such book as the Bible and that the Bible is Jesus Christ himself, the reason for this will be explained further below.

Since the apostles, the leading believers, were few in number and lacked state support, they could not fulfill a mission similar to that of the companions of the Prophet Muhammad. In a short time, the true Bible disappeared.

The preaching of the early Christians consisted of sermons based on the oral tradition. Small reference books had to be written to make the work of the preachers easier. Thus, journals describing the life and words of the Messiah were written. This is how the gospels called the Bible came into existence. Christians also accept the Torah as a holy book and read it together with these gospels. 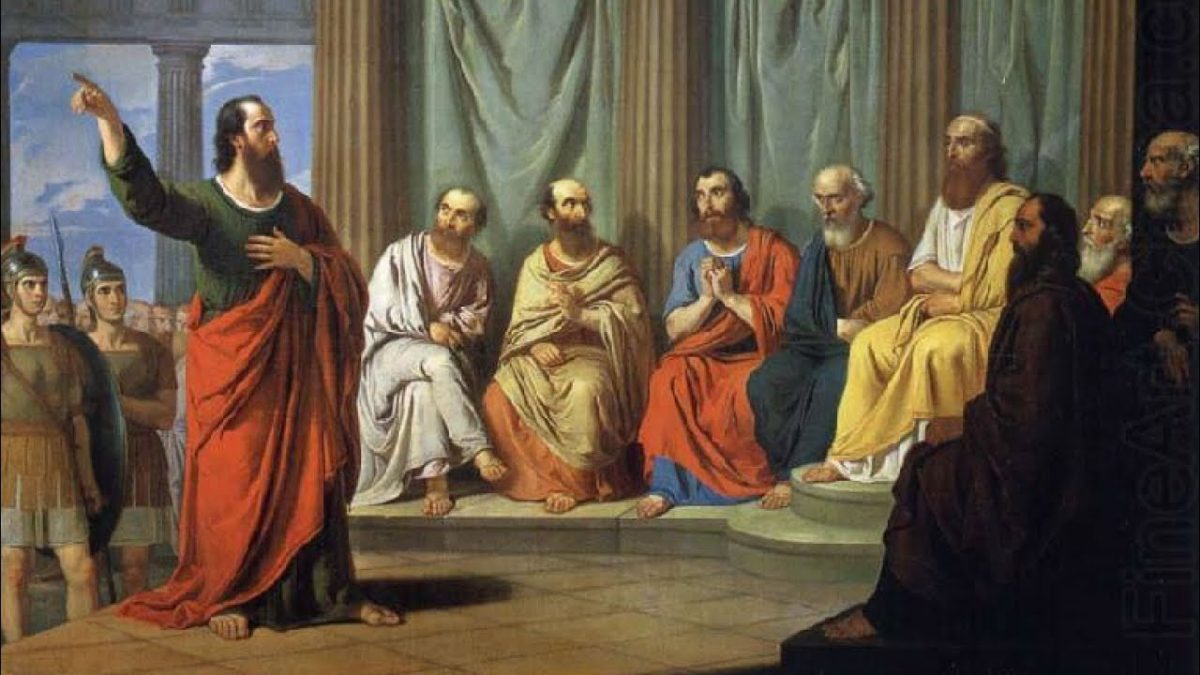 Not To Abolish But To Fulfill

There are only a few commandments and prohibitions in the Bible. Instead, there are moral rules. For this reason, some consider Christianity not as an independent law system, but as a system that upholds the sharia of the Prophet Moses.

In the Gospels, it is written that the Messiah said, "Do not think that I have come to abolish the law or the prophets; I have come not to abolish but to fulfill." (Matthew 5/17-19; Barnabas: 38) and "For all that is written in the book of Moses is most true." (Barnabas: 206). This is actually in terms of faith.

It is true that some prophets (rasul) bring separate sharias (practical principles); some (nabi) do not bring this and invite people to the sharia of a previous prophet. The verses of the Quran, which describe the life of the Prophet Jesus in detail, indicate that he brought a separate sharia and that the missing issues here will be completed with the Torah.

As a matter of fact, it is understood from the verse, "And [I have come] confirming what was before me of the Torah and to make lawful for you some of what was forbidden to you." (Ali Imran: 50) narrated in the Noble Quran that there is a different sharia from the sharia of the Prophet Moses.

The Jews brought to the Prophet Jesus a woman who had been caught while committing adultery. Claiming that Moses brought the punishment of stoning to such people, they asked what he would say to this. When Jesus said to them, "Let him who is without sin among you be the first to throw a stone at her" they refused to stone the woman. When Jesus saw that the woman was not stoned afterwards, he said, "Neither do I condemn you; go, and from now on sin no more." (John 8/3-11; Barnabas 201).

There is no doubt that adultery is forbidden in the sharia of the Prophet Jesus. Nevertheless, his action brings to mind the fact that the punishment for adultery is not the same as in the Jewish sharia. Moreover, it can be understood that behind this incident there was a trick of enemy Pharisees who wanted to test Jesus. The Pharisees, a Jewish sect that did not believe in an afterlife, heaven and hell, were close to Roman rule in Palestine. They were looking for an opportunity to incriminate Jesus in the eyes of the Romans. Towards this end, they brought the adulterous woman before Him. If he had said that her punishment was stoning, it would have been against current Roman law. They would have terrified the people by saying, "If you believe in this prophet, he will impose stoning on you like this". If he had said that the punishment was not stoning, this time they would have slandered him in front of the people by saying "He is abolishing the commandments of the Torah". However, Jesus thwarted their trick by saying "Let him who is without sin among you be the first to throw a stone at her". Since Palestine was under Roman occupation and there was no legitimate judge who could execute this commandment of the Torah anyway. 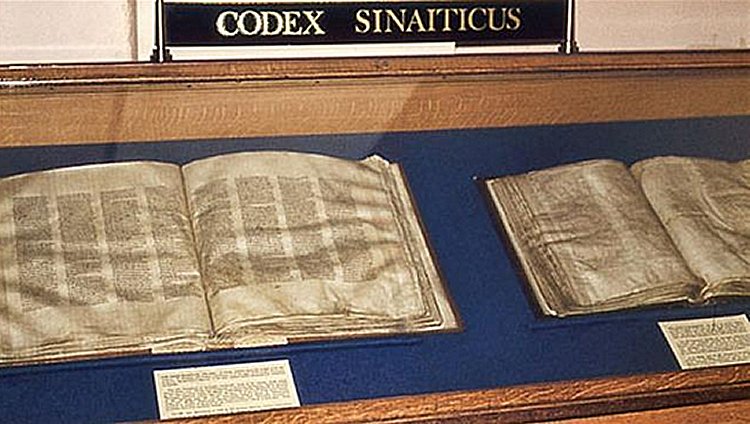 Qadi al-Baydawi, while interpreting the verse, "Let the followers of the Gospel judge by what Allah has revealed therein, and those who do not judge by what Allah has revealed are the transgressors." (Al Maidah: 47) said that " It is indicated that the Gospel also contains some commandments, that the Jewish law was abolished with the sending of the Prophet Jesus and that it has its own separate sharia."

In the book called " Mohieddin Sheikhzadeh's footnote on the interpretation of al-Baydawi" it is stated that "This interpretation of Beydavi is a refutation of the view which is, 'The Prophet Jesus acted according to the rules of the Torah. Since the Bible is a book of sermons and advice, and there are only a few verses in it that state a commandment.' Apparently, the verse, ' Let the followers of the Gospel judge by what Allah has revealed therein' indicates that they are responsible for the commandments of the Bible, not the commandments of the Torah.

As a matter of fact, the following part in the next verse clearly indicates this. ' For each of you We have appointed a Law and a way of life.' According to this verse, the Torah was abolished with the sending of the Prophet Jesus and a separate sharia was given to him.

Those who say that the Prophet Jesus does not have a separate sharia, interprets the part of verse 'What Allah has revealed' (Al Maidah: 47) as 'It is necessary for them to act in accordance with the commandments of the Torah.' However, this forced interpretation of the verse is contrary to its apparent meaning."

Nishancizadeh Mehmed Effendi states the following in his work Mir'at-ı Kâinât on world history, “There were few Sharia commandments in the Bible. The practical aspects of the commandments were in accordance with the law of the Prophet Moses. However, since the Christians were weak, not tough and harsh like the Jews, their sharia was simpler and full of permissions to obey commandments in easier ways. It was not commanded to perform ghusl (full ablution) or wudu (partial ablution) or to abstain from najasat (uncleanliness)."

The revolts of the Jews living under the Roman occupation since 63 BC were violently suppressed. For this reason, the first Christians could not unite to learn and propagate their religion correctly. Furthermore, they felt compelled to separate themselves from the Jews who rebelled against Roman authority. This caused them to become alienated from Jewish sharia.

Emperor Diocletian (AD 303) had Christian religious leaders killed and also religious texts destroyed. Thus, it was no longer possible for the sharia of Jesus to spread correctly and completely.

With the conversion of the Gentiles (non-jews) to the new religion, two groups emerged among the Christians who followed the sharia of Moses and those who did not, and preferred to continue their own traditions. The apostles lived by the traditional customs.

Since the existing Gospels were not suitable for a fiqh study (understanding and practices of the sharia), Christians, unlike Jews, were deprived of a comprehensive legal system and had to abide by dogmas that were the product of human will through the clergy.

Long debates over true belief, finally the acceptance of a Platonist creed as a Christian belief in which Jesus was deified by being removed from an exemplary high figure, and the exclusion of dissenters brought Christianity into a completely different path.

However, the Noble Quran describes on the one hand the Prophet Muhammad as a "abd" (servant of God, human) without the attribute of deity, and on the other hand, it presents him to believers as "al-Uswah al-Hasana" (the best example to follow). 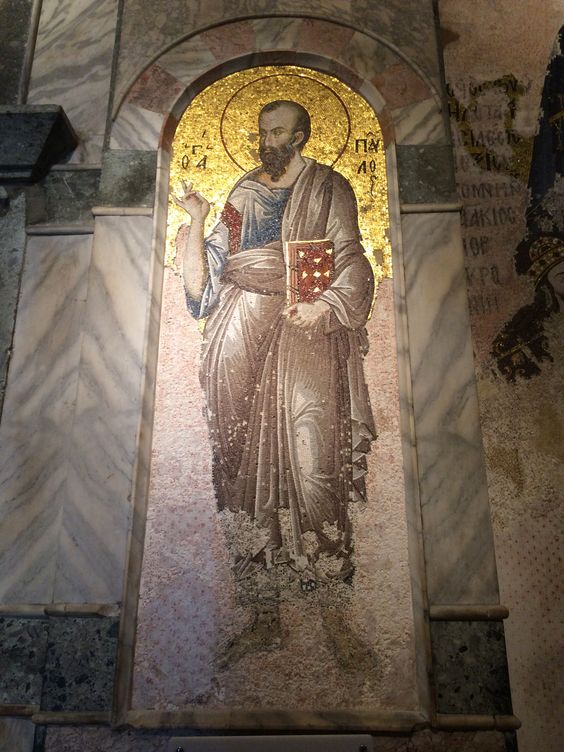 St. Paul (Saul of Tarsus) did not meet face to face with the Prophet Jesus. Unable to get along with the apostles, he began preaching to the Jewish community in faraway places such as Anatolia and Eastern Europe. He declared that he had abolished the commandments of the Jewish sharia on the grounds that they were not applicable to them (Romans 4/13; Galatians 3/18; 1 Corinthians 9/20; Acts 15/28).

However, it was St. Paul himself who said, "For anyone who refused to obey the law of Moses was put to death without mercy" (Hebrews 10/28)

At the Council of Jerusalem, it was discussed whether it was necessary to obey the commandments of the Jewish sharia, except for the prohibition of adultery and the prohibition of eating carrion, blood and animals sacrificed for idols. In the end, St. Paul prevailed, and the idea emerged that only these four commandments from Judaism were to be obeyed and that new Christians did not need to be circumcised (Acts 15/29).

Afterwards, St. Paul declared that three of the first four provisions were abolished, and only the prohibition of adultery remained. St. Paul wanted to make the new religion easy and sympathetic to his target audience, the pagans.

Led by Simon, the son of the Virgin Mary, the Judeo-Christian community, which opposed Paul and accepted the Jewish sharia,  continued its existence in a decreasing number.

It is a fact that after the ascension of the Prophet Jesus to the sky and the disappearance of the Bible, Christians came under the influence of Greek philosophy, some pagan customs were merged into their worship, and the practical principles were arranged according to the principles of Roman law.

The clergy assemblies (councils), gathered from time to time, interpreted the commandments of the Torah and the Bible and accepted some religious commandments. Popes also maintained this activity with the orders they issued.

Roman Emperor Justinian I had formed a seemingly new legal system in form by blending Roman law with christianity. Thus, Roman law became intertwined with Christianity. In particular, many moral principles of this religion were made use of. For example, principles such as equality between men and women, the family based on blood ties, the recognition of slaves as human beings were all introduced into Roman law from Christianity.