SHOULD TURKEY SWITCH TO A PRESIDENTIAL SYSTEM?

The post-coup Constitution of 1982 introduced a tragic presidential practice in Turkey that gives a largely ceremonial role to presidents who were elected by Parliament. Now, it is reasonable to implement a more systematic practice by adopting a presidential model
20.02.2015

The post-coup Constitution of 1982 introduced a tragic presidential practice in Turkey that gives a largely ceremonial role to presidents who were elected by Parliament. Now, it is reasonable to implement a more systematic practice by adopting a presidential model 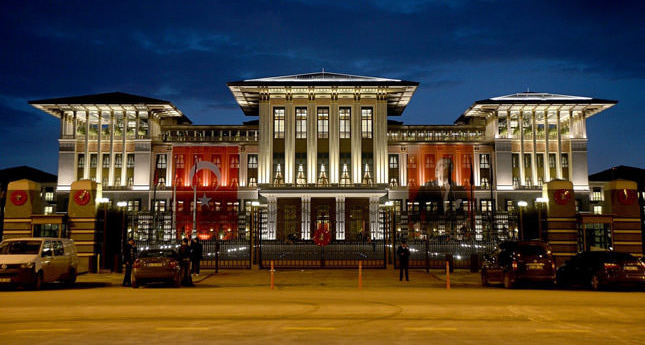 A parliamentary system, which employs "soft" separation of powers and puts the assembly into a partially superior position, was adopted in certain countries when the system began to go well in the U.K. Republics began appointing a president as the head of the state, who has relatively less authority and responsibility compared to kings. "The president of the republic represents the state and the prime minister represents the government" is specified in nearly every republican constitution. I believe this statement is rather pointless because state and government are not the same thing. A ceremonial king has the role to unify different nations under the same roof and keep long-established traditions alive, whereas a parliamentary system restricts the authority of king and maintains public sovereignty. Rather than discharging the king, his unifying role has been sustained in constitutional monarchies. Here is the question that you have to ask, "Can the president of a republic fulfill all responsibilities in a country ruled without a king?" The title of "the president of the republic" is unnecessary, causing nothing useful but a separation in authority. Fahri Korutürk, the late sixth Turkish president, was known as "Çankaya Noteri" (The Notary Public of Çankaya Palace). All authority is in the hand of the prime minister and even the assembly works as if it was an office of the majority political party.

A presidential system strictly applies the separation of powers and prioritizes execution to a certain extent. A well-designed balance and control system are sustained between institutions. This system requires a congress and an elected president. Presidents enjoy an authority reminiscent of former emperors' glory and that can even make dictators jealous. You might have heard the following words, "The King of England enjoys the regime, but does not rule it, the American presidents do not enjoy the regime, but rule it." The third pillar of the presidential system is the federal court. The President elects its members with life appointments. Aside from its regular duties, it is eligible to prepare commentaries on laws, making the court more powerful. In addition to these, France is an example of a country whose semi-presidential model is a messy system. It is a combination of parliamentary and presidential systems. There is both an elected president and prime minister, creating a division of powers. Following World War II and proposed by General Charles de Gaulle, the semi-presidential regime was considered as a control system to avoid communist and fascist blocks. If the president and prime minister are elected from the same political party, then everything goes well. Otherwise, the system gets complicated as seen between former President François Mitterrand and Prime Minister Jacques Chirac. Russia is one of the semi-presidential countries, but Putin assures stability with his iron fist.

The post-coup 1982 constitution introduced a more tragic practice in Turkey. It states the president of the republic, who has a largely ceremonial role, is elected by the parliament, while the public elects the prime minister. As understood, the prime minister carries the heavy burden. Last year, however, the presidential election was done by public vote for the first time and now appears somewhat similar to the current system in France. There are some afraid of presidential system in Turkey who think "we may adopt a semi-presidential system as well." That would be a wrong decision because this model requires entirely different practices.

In parliamentary regimes, the system is blocked if no political party receives the majority vote in elections. In this case, a coalition government is set up, making the prime minister difficult to work with an assembly. As seen in Belgium, it might sometimes take months to form the government. However, it is easier to manage the state under a presidential system. If the president does not come from the majority political party, then she or he cannot freely introduce laws, causing a hindrance in the government's legislative power. The position of president might turn out unimportant; yet, the U.S. has never experienced a similar case in its history.

Until World War I, parliaments had existed while exploiting the monarchies. However, it was time for change and technological developments required authorities to act faster and more powerfully. When World War I brought about the abolition of monarchies, parliaments took the place of kings. Weak governments and coalitions emerged when Continental Europe visibly fell behind the U.S. Today's party discipline has personalized the concept of government. In parliamentary states, prime ministers are referred to as "elected king" or "the worst of dictators." If the prime minister comes from the majority party, then it is believed that the prime minister rules the country. As it now looks impossible to turn the tides in Turkey, it might be reasonable to bring a systematic practice and implement a presidential model.

Upon the September 1980 coup, one of our old friends asked, "What happened?" and others said, "Previously, 450 people used to make the decisions, but now five people are going to do it." Our old friend humorously replied, "Five is too much, one person should decide." His words are an ironic expression of Turkish society's perspective on leadership. In terms of Islamic culture, it is ideal to elect presidents. The president negotiates with others, but is eligible to make the final decision and can be criticized. If an illegal and arbitrary decision is observed, then the president might be sued. Furthermore, Islamic law regulates everything about the state and restricts the president's legislative authority. The president is also not discharged from office unless death, resignation, serious disability or religious conversion occurs.

The Ottoman Empire adopted a democratic monarchy from 1908 and it was resumed in 1925. The government of the assembly was adopted, but the de facto system was similar to the Latin American model. Turkey's first president, Mustafa Kemal Atatürk, retired from the army in 1927 and the president was granted the official title of "Milli Şef" (National Chief) afterward. The period of having charismatic leaders in Turkey, such as Adnan Menderes in the 1950s, Süleyman Demirel in the 1960s, Turgut Özal in the 1980s and current President Recep Tayyip Erdoğan, is also reflective of the presidential system. If the leader loses his charisma, then the state drifts into a state of chaos, as seen in the 1970s and 1990s. The presidential system has been on Turkey's agenda since 1960; prior to Erdoğan, former presidents Demirel and Özal were discussing it as well. Considering the voting ratios around the country, left-wing parties are presumably distressed about the presidential system. Kenan Evren, the seventh president of Turkey who led the 1980 coup, also enjoyed a de facto presidential system. There were fewer problems afterward, as the government worked in coherence with Özal. Later, the system was constantly hindered due to the challenging relations between the president and elected prime minister. It seems that, similar to the constitutional court, the president was given power to control democracy.